The 2019 KMA Annual Meeting will feature a dynamic array of speakers, as well as opportunities for networking and engagement among colleagues.

The gathering will also include a one-of-a-kind television experience, with KMA members being featured in a forum-style show produced by Kentucky Educational Television (KET). KET will film its special, Prescription for Health: A KET Forum in conjunction with the KMA Annual Meeting on Saturday, Sept. 21. It will include a panel of KMA physicians, health policy and public health officials discussing some of the state’s most pressing public health issues. Moderation will be provided by Emmy award-winning Connections host Renee Shaw, with Kentucky Health host and Kentucky Physicians' Leadership Institute graduate Wayne Tuckson, M.D. interviewing additional physicians in the audience. The special will be aired across the state sometime in the fall of 2019.

The 2019 KMA Annual Meeting will be held Sept. 20-22 at the Louisville Marriott East. Reserve your hotel room by August 19 to receive the KMA discount. View map of hotel here.

The theme of this year’s meeting, Moving Medicine: Together for Tomorrow, celebrates and encourages the unification of physicians around issues of importance, particularly public health advocacy.

List of officer, trustee and AMA positions to be filled for the 2019 Association year to be elected by the KMA House of Delegates on September 22. Email Emily Schott at schott@kyma.org to submit a nomination.

2019 KMA Report to the House of Delegates

House of Delegates Handbook and Report to Membership 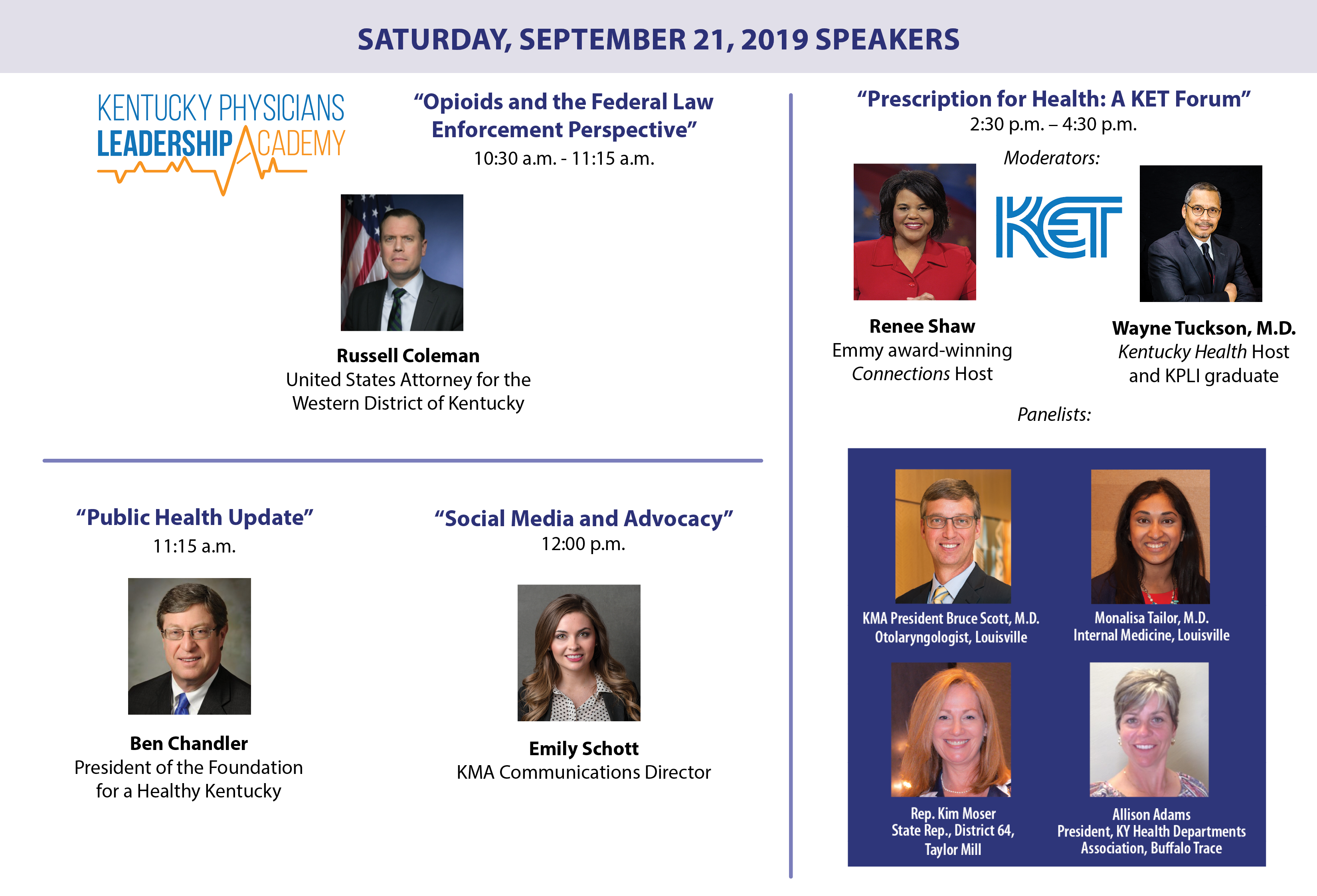