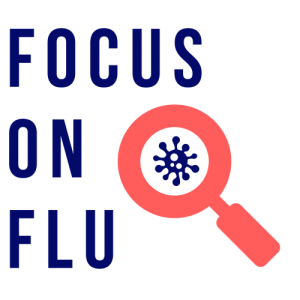 KMA is excited to launch its 2018-2019 public health campaign, Focus on Flu, with a press conference occurring September 18 at 9:30 a.m. in the State Capitol Rotunda in Frankfort. KMA President Bruce Scott, M.D., President-Elect Brent Wright, M.D., and Ben Chandler, president and CEO of the Foundation for a Healthy Kentucky, will speak on behalf of the organizations involved and will also be receiving their flu shots, thanks to Kentucky Department of Public Health Commissioner Dr. Jeffrey Howard.

The event is the first public announcement of the partnership between KMA, the Kentucky Foundation for Medical Care and the Foundation for a Healthy Kentucky. Several other events are planned for the coming weeks, including the declaration of a statewide ‘Flu Shot Day’ on Sept. 26, when all Kentuckians will be encouraged to go out and receive their annual flu vaccine. Residents are asked to snap a photo after receiving the vaccine and post their ‘flu shot selfie’ on social media using hashtag #GotMyShot to help spread the word about vaccination.

Members are also encouraged to educate their patients on the benefits of flu vaccination and prevention strategies. KMA has an educational handout available at www.kyma.org/flu that details the three simple steps to mitigating another flu epidemic: get your shot, consult your doc, and stop the spread.

KMA and the Foundation will be appearing on morning television shows in Louisville and Lexington to promote the campaign, and will be administering flu vaccines on-air to anchors and reporters. In Lexington, members can tune in to FOX56 on Sept. 19, and in Louisville, to WDRB on Sept. 26.

Focus on Flu will also be teaming up with Passport Health during Louisville’s “Waterfront Wednesday” event on Sept. 26 to provide flu education to attendees.

KMA and the KFMC selected influenza as its 2018-2019 public health topic after the particularly deadly 2017-2018 flu season. More than 10,500 Kentuckians became infected, and 325 died from the virus, including five children. 2018 is also the 100-year anniversary of the 1918 flu pandemic, during which more than one-third of the world’s population contracted the illness and more than 675,000 Americans died. A documentary on the 1918 flu by PBS’s American Experience is available for streaming here.