KMA will present awards to seven individuals or groups during its 2022 Annual Meeting this weekend. Award winners will be recognized during the President’s Celebration Reception on Saturday, Aug. 27 from 4:30-6:30 p.m. KMA’s most notable awards were not given during the pandemic, therefore the Association will be honoring three individuals for its Distinguished Service and Community Service awards, especially given the unprecedented work many physician leaders performed. 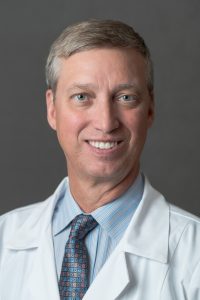 Doctor Scott served as KMA President from 2018 to 2019. His presidency focused on the importance of public health issues, most notably through not just promoting smoke free school zones through advocacy efforts, but through providing free signage to school campuses all over the state. Doctor Scott also served as the face of KMA’s Focus on Flu campaign, appearing on various media outlets encouraging citizens to receive their flu vaccine. During his presidency and beyond, Doctor Scott has advocated for physicians through legislative visits and testimony on issues affecting the practice of medicine. His journey in leadership began many years ago when he served as the AMA Young Physician Delegate, followed by serving as the Young Physicians Member to the AMA Board of Trustees. His work at the national level has continued to evolve, being elected Vice Speaker, then Speaker of the AMA House of Delegates. During his service as Speaker, Doctor Scott has led efforts to change the process of AMA elections and to create efficiency within the House of Delegates. His strength as a leader was never more apparent than when he transitioned the business of the AMA House of Delegates, including elections, resolutions and debate to a virtual platform in a matter of months. His ability to manage a virtual meeting in a patient, humble approach garnered the respect of his colleagues both in Kentucky and across the country. At the June AMA meeting, Doctor Scott announced his campaign for AMA President Elect and has been proudly endorsed by the KMA Board of Trustees. 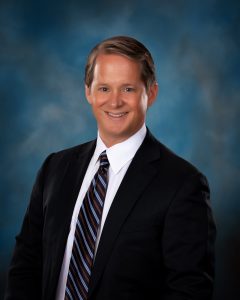 Doctor Wright served as KMA President from 2019 to 2020 and led the organization through the most critical initial stages of the pandemic. He successfully pivoted his presidency from touring the state in person to a solid virtual presence focused on ensuring transparent and clear communication about the virus, representing Kentucky physicians in public health discussions, and participating in public health campaigns. For nearly six months, he was a recognized face and voice of the KMA. Doctor Wright has been a passionate champion for KMA and has been actively involved in the organization since residency. He is deeply committed to advancing rural healthcare and has developed rural residency programs across the state in his role as associate dean for rural health innovation at UofL. He currently serves as an Alternate Delegate for Kentucky to the AMA, where he lends his expertise in medical education, telemedicine and rural health through the policy making process. He has given generously of his time, demonstrated by his work in handwriting cards to every new rural member of the KMA during his presidency. He has also served as President of the Kentucky Rural Health Association and as Board Chair for the Foundation for a Healthy Kentucky. 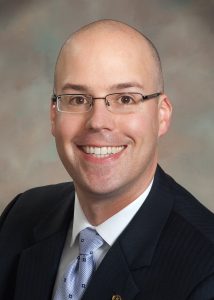 Doctor Stack is a nationally recognized physician leader. He served as the youngest Chair of the American Medical Association Board of Trustees and went on to be elected as the youngest President of the Association since 1854, as well as the first emergency room physician. During his presidency, Doctor Stack led legislative efforts which resulted in significant changes to physician reimbursement through the Medicare Access and CHIP Reauthorization Act. His presidency also led a call to action to address the opioid epidemic through the creation of a task force with strategic partners that identified best practices for prescribing and treating patients. Working with the KMA, Doctor Stack has participated in town hall sessions for medical students and young physicians, seeking to learn more about their educational needs and concerns about tuition reimbursement and the future of healthcare. Dr. Stack has served as medical director of multiple emergency departments and has more than 18 years of emergency medicine administrative and clinical practice experience. In 2020, Doctor Stack was appointed as Commissioner of the Kentucky Department for Public Health. In this role, Doctor Stack has led the state’s COVID-19 response including, at times, daily media updates and interviews. His extensive experience in leadership within the AMA and as an emergency room physician has prepared him for the administrative management of the department and in his successful communication about current information surrounding COVID-19 and other considerations of the Department for Public Health. 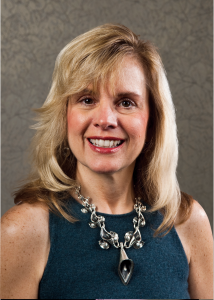 Doctor Shuffett has a long history of leadership service, which positioned her for the leadership role of a lifetime. Since moving to Kentucky in 2011, Doctor Shuffett, a practicing breast imaging radiologist, has been an active KMA member and a graduate of the KMA Community Connector Leadership Program. She also currently serves on the University of Kentucky’s Board of Trustees. She passionately advocates for the practice of medicine, frequently meeting with legislators and helping to advance KMA’s advocacy agenda. She is also a vocal advocate for women’s health as well as improving chronic health conditions such as obesity and diabetes. From 2017-2021, Doctor Shuffett served on the Kentucky Board of Medical Licensure and was elected to serve as President in 2019. During this time, Doctor Shuffett spearheaded the efforts of the Board’s response regarding regulatory and licensure challenges relating to the pandemic. This work included loosening rules relating to telemedicine, along with implementation of the Interstate Medical Licensure Compact. She also led the Board’s immediate response in putting in place its Kentucky Registration for Emergency System for Advanced Registration of Volunteer Health Practitioners. Her leadership during the pandemic made the KBML one of the most adaptive and respected licensure bodies in the country. 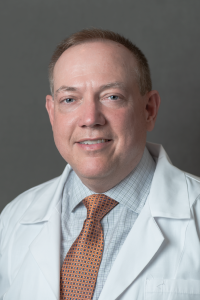 Doctor Toney served as KMA President in 2020-2021, serving during extraordinary times, as he was the first president in the history of the Association to be installed virtually. Doctor Toney led KMA with impeccable professionalism, representing Kentucky physicians by participating in calls and web conferences with partnering organizations, providing reliable, trusted COVID-19 information to media sources and serving as the face of KMA’s Raise Your Guard campaign, which encouraged Kentuckians to maintain their vaccinations. That effort reached more than 1.2 million Kentuckians across the state. One of the key focuses of Doctor Toney’s presidency was the Be Well, Stay Well physician health program, which encourages physicians to take steps to improve their mental and physical health. This initiative provides up to six visits with a licensed therapist to rural physicians and has been an excellent resource for members, particularly amid the pandemic. Doctor Toney has served in leadership roles for the Lexington Medical Society and the Kentucky Board of Medical Licensure, serving as Vice President and Panel A Chairman from 2018 to 2019 and presently serving as the Secretary of the Board. In addition to his service to KMA, Doctor Toney has and continues to serve in an administrative role at the University of Kentucky, working with medical students and residents. Doctor Toney’s leadership during the pandemic and commitment to physician health makes him a most worthy recipient for this award.

Medical students from across the Commonwealth faced an unprecedented learning experience as COVID-19 halted in-person learning and forced many classes to be cancelled or modified to an online learning platform, which is not ideal for training. Despite these challenges, the Kentucky medical student community embraced a call to action during the pandemic for volunteers in various capacities ranging from patient care, triage, vaccine administration and more. Students embraced technology, utilizing social media to provide accurate timely information among their peers and with the public. Their tremendous work in supporting the efforts to care for those affected by COVID- 19 was an enormous asset to Kentuckians and allowed them to provide an important public service early in their careers. 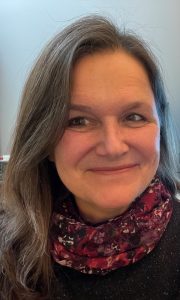 Laura Krueger served as the Health Producer and Outreach Coordinator at KET for more than 10 years. She has produced numerous documentaries including recent programs on diabetes and prediabetes, smoking cessation and adverse childhood experiences. She has been nominated for nine regional Emmy awards and won three to date. She was a co-producer on KET’s Inside Opioid Addiction initiative, which won a national media award from Mental Health America in 2018. Laura works closely with Dr. Wayne Tuckson on his KET series, Kentucky Health, which has featured numerous KMA members on a wide range of healthcare topics. Most recently, through the financial support of KMA’s “Breathe Better Kentucky” initiative, Laura produced Fighting to Breathe, a three-part series that examines the story of lung disease in Kentucky. The series drew 50,000 viewers in its original broadcast and has been a cornerstone of the KMA’s Breathe Better Kentucky campaign. Working with Laura and the KET team has expanded KMA’s visibility and reach to the physician and patient community across the Commonwealth and allowed us to utilize several KMA leaders in interviews and programming. KMA is honored to recognize Laura’s commitment to reporting fair and balanced health education.

PrevPreviousPresident’s Message: “Thanks and Gratitude”
NextKMA to Welcome Members to 2022 Annual Meeting THIS WEEKEND: Still Time to Register!Next