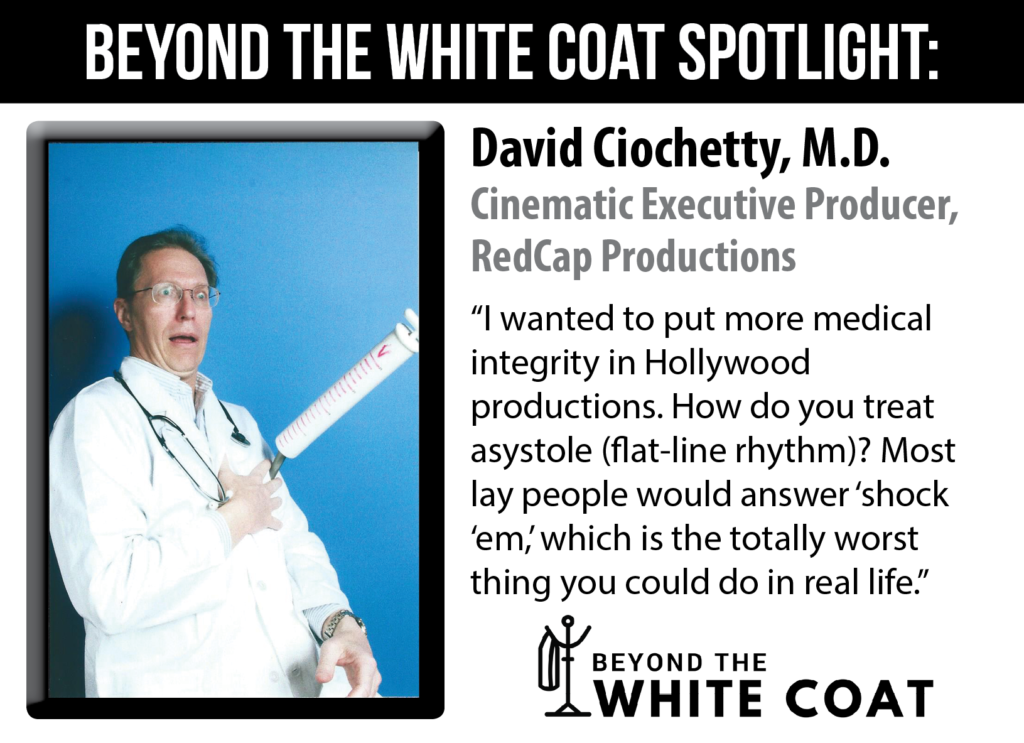 How long have you had your own production company?
I started doing commercials and shorts (short films) first, then got into doing “animated features”, first with Elf Sparkle, then with Jimmy Paul, the Pug Tooth Fairy. My current production company is called RedCap Productions, which was formed when I was approached with Remnant 13, a pre-apocalyptic Zombie made-for-TV production. I’m the Executive Producer, which, when dealing with independent (indy) films, takes the place of the studio, forming the financial backing of the production.

I was approached by the general producer of Remnant 13, who had a script of 8 episodes, plus a “film bible” of two more seasons. I posed market research questions, which are essential to vetting a potential investment opportunity. The first question was what are the three current productions with the most dedicated viewers? At the time, the answer was Walking Dead, Sopranos, and Game of Thrones. My next question was what is the one unrequited (unanswered) question that each of these top three shows have, from the fan’s perspective? So with the Zombie phenomenon, the question was what EXACTLY caused the Zombie Apocalypse? So then I had to do some research on what kind of microbe could cause this, what does the Earth have currently, then I queried a couple infectious disease specialists and a couple chemical/biological military advisers. The answer that I created was then “backwashed” through these same experts, and, needless to say, they were quietly amused at the authentic reasoning. THAT is the reason I wanted to do Remnant, to provide an imaginable, medically-plausible (using McGyver-esque technologies) answer in a dramatic series.

I wanted to put more medical integrity in Hollywood productions. How do you treat asystole (flat-line rhythm)? Most lay people would answer “shock ‘em,” which is the totally worst thing you could do in real life. Only in Hollywood do you defibrillate asystolic rhythm.

Why do you enjoy it?

It is a little bit of escapism. Many of the actors are down to earth people. I’ve hung out with John DeLancy (“Q”, a cosmic imp, from Star Trek, the Next Generation), and took Jon Provost (Timmie, from Lassie) to the Houston Dog Show. I voice-directed Richard Chaves (Poncho of The Predator), and Jon Walmsley (Jason, from The Waltons), who has a tremendous artistic talent on acoustic guitar. Rob Schneider (actor, comedian) broke out in impromptu song with “It’s Getting to Look a Lot Like Christmas” one recording session. This is how I got involved with animated features when I introduced my then high school son, who did accents, as Jimmy Paul, the Pug Tooth Fairy, done in a very thick Jersey accent. (Watch at https://www.youtube.com/watch?v=_NB1mthQFAU)

Does it help relieve stress of being a physician? If so, how?

Escapism.  But with medical authenticity.

You and Bryan Mullins were Executive producers of Ghost in the Family. Who are you pitching it to?

With any cinematic or animated production, you want to know what audience you are geared toward, like the Jimmy Paul series was geared toward a faith-based audience, going for Dove awards. Ghost in the Family was intentionally geared toward Hallmark, who does have scouts at film festivals, which we are pursuing. We won the Family Film award at the Cleveland Film Festival in June. We are waiting to hear from a handful of others. Remnant, being a made-for-TV series, is perfect for streaming, so we are talking to major film studios. Remnant is my largest production, taking more than 6 months to film more than four 30-minute episodes. My crew for a typical shoot was 47-62 members, depending on the complexity of the shooting schedule.

How did the pitch go with Warner Brothers for Remnant -13?

We made it through all their cuts and are being considered for their new streaming service, but we are talking to other studios as well.  We may have a major announcement in August with a Kentucky-based event occurring in October. Stay tuned.

What titles do you hold?

For being the least academic person, I hold more degrees than a thermometer.

How can people see your movies?

Right now, we can show outtakes and trailers.  In negotiating, the “newness” of the productions prevent Remnant from being shown, but we are looking at regional and local theaters to show Ghost in the Family.

Trailer 1 Ghost in the Family: https://vimeo.com/creativelexington/gitftrailera

Trailer 2 Ghost in the Family: https://vimeo.com/creativelexington/gitftrailerb

You finished a featured short in May showing the 11th scene of Last Mission, a World War II movie which will head into post-production soon for sound editing. Tell me about this.

We shot a “concept piece”, which is an integral scene upon which the film is centered. Though the concept piece may only be 12-14 minutes long, it took 40 hours of cinematic efforts, plus more hours in adding sound effects, correcting colors, and other editing in order to take that concept piece to studios to see if they want to fund its production. RedCap was tapped to do the production work (shooting the film, assisting the director, etc.).

Your next film, French Club, will be starting filming in September/October 2018. What’s the movie about?

Three young teenage girls, all in the same French class of their school, decide to pay a visit to one of the girl’s grandmother in an adjoining county of Kentucky. The film details their adventures, showcasing their strengths, and leading to a realization that, even at their young age, they are empowered to do right and make good decisions based on their family heritage.

I understand you’re looking for physicians to be extras. Tell me more about this.

Because of the success of Ghost in the Family, the budget has been increased to attract major West Coast talent. Anyone can be an extra, if they have the time. I used a local cardiologist as a zombie in Remnant (he even wound up on one of the posters).

Also looking for investors in this film?

Absolutely, there is money to be made in being a backer (investor) in any of these Indy films. I became by far the largest investor in Ghost in the Family (thus becoming the executive producer) because I wanted this ball of energy named Bryan Mullins to have as much resources as possible in order to be successful. The director and the director of photography were the same people doing Remnant, so I knew their quality. For French Club, Bryan has created an investor’s portfolio, which details the manuscript, setting, role descriptions, and shooting schedule, plus possibilities for director, first director of photography, and assorted major role choices. Film comparisons are then profiled (like real estate comps), detailed domestic and international revenue. Independent films for some reason do really well overseas.

How can people reach you to be an extra or to invest?  For French Club, contact my producer, Bryan Mullins, at bmullins@creativelexington.com. He knows all the answers, and if he doesn’t know the answer, he just makes it up.