A Call to Lead 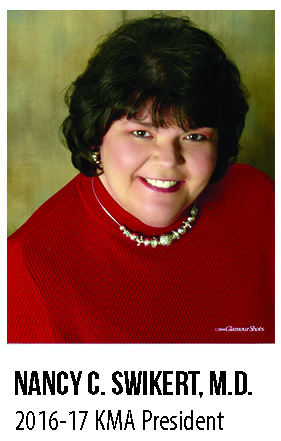 What makes a leader? Are leaders born or taught? Several studies have been done using past leaders in different types of situations to seek the answer to these questions. It seems there are a few areas of commonality within the different people studied. These common areas are as follows:

This reminds me of a parable, which I found on “A Gift of Inspiration”:

The Parable of Brother Leo

“A legend tells of a French monastery known throughout Europe for the extraordinary leadership of a man known only as Brother Leo. Several monks began a pilgrimage to visit Brother Leo to learn from him. Almost immediately, they began to bicker about who should do various chores.

“On the third day they met another monk going to the monastery, and he joined them. This monk never complained or shirked a duty, and whenever the others would fight over a chore, he would gracefully volunteer and do it himself. By the last day, the others were following his example, and from then on they worked together smoothly.

“When they reached the monastery and asked to see Brother Leo, the man who greeted them laughed and said, ‘but our brother is among you!’ And he pointed to the fellow who had joined them. Today, many people seek leadership positions, not so much for what they can do for others but for what the position can do for them: status, connections, perks, advantages.”

One day a traveler, walking along a lane, came across three stonecutters working in a quarry. Each was busy cutting a block of stone. Interested to find out what they were working on, he asked the first stonecutter what he was doing. “I am cutting a stone!” Still no wiser, the traveler turned to the second stonecutter and asked him what he was doing. “I am cutting this block of stone to make sure that it’s square, and its dimensions are uniform, so that it will fit exactly in its place in a wall.” A bit closer to finding out what the stonecutters were working on but still unclear, the traveler turned to the third stonecutter. He seemed to be the happiest of the three and when asked what he was doing replied: “I am building a cathedral.”

Let us look at some current leaders within the KMA and KMA Alliance who “saw the bigger picture.”

Kentucky has been very fortunate to have both past, present and future leaders involved in the Family of Medicine. Our first great leader in several years was Dr. Bill Monnig from Northern Kentucky who led as Chair of the Organized Medical Section in the AMA. Next, Sandi Frost from Somerset fine-tuned her skills to become the first Kentucky President of the AMA Alliance in many years. Dr. Ardis Hoven from Lexington became an AMA President. Ardis had many of the skills listed above. Next was Dr. Steve Stack, from Lexington as well, who also became an AMA President. Steve also shared many of those same skills.

Pat Padgett from Louisville was a leader in the AMA and became Chair of the AMA Litigation Center using these skills. Closely following was Kim Moser from Northern Kentucky.  Kim excelled in legislation and fund-raising to become the first non-physician PAC chair in the U.S. and went on to become a state representative for Kentucky. Dr. Bruce Scott from Louisville used these skills to become the Young Physician on the AMA Board of Trustees in the past and current Vice Speaker of the AMA. Dr. Greg Cooper from Cynthiana currently is the Chair of the Southeastern Delegation at the AMA.

Many Kentucky physicians have risen to leadership through the KMA Community Connector Leadership Program. University of Louisville Medical Student, Christian Moser, and University of Kentucky Medical Student, Rooshil Patel graduated with 23 medical student leaders in 2016. And now, Kim Moser, by using these skills, has worked to become the next President of the AMA Alliance.

So, what does make a leader? I believe it is a calling to a greater good by using the listed skills and others.  Some hear that call and act while others don’t. So leaders are both born and taught. Some lead quietly in a smaller arena while others lead boldly in the public.

Both are needed and appreciated. Have you heard the call?  Which type of leader are you?